Forgiveness: The Story of Eva Kor, Survivor of the Auschwitz Twin Experiments 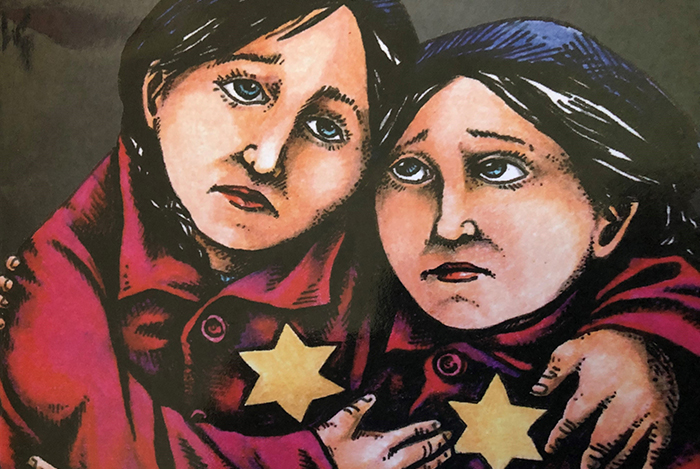 Joe Lee is a cartoonist, illustrator, writer, and former circus clown. He is a graduate of Indiana University and is currently based in Bloomington, Indiana. I sat down with Joe Lee to talk about Forgiveness (Red Lightening Books), his powerful graphic biography, of Eva Kor, z’l, who did more than any other person to tell the story of the victims of the Auschwitz twin experiments.

ReformJudaism.org: What led to your creating a graphic biography of Eva Mozes Kor, who survived the twin experiments in Auschwitz?

My wife, Bess, attended a teachers’ workshop at CANDLES, the Holocaust Museum and Education Center that Eva Kor founded in Tere Haute, Indiana. At the end of the session, Bess phoned me and said, “Joe, you’ve got to hear this little dynamo speak.” I was unable to have “the Eva experience” until 5 months later. In the meantime, I learned from a friend about a comic book project in Pittsburgh called “Chutz-Pow!” that documented the experiences of Holocaust survivors in comic book form. That’s when I started thinking about doing a graphic biography of Eva Kor. I presented the idea to Leah Simpson, the museum’s interim executive director.

What was Eva’s reaction to your proposal?

She didn't quite understand the idea of telling her story in comic book format and asked if she was going to portrayed as a superhero. I assured her that there would be no spandex. After showing Leah and Eva some sample pages, they approved the project. I didn't get to see Eva again until I attended a study tour she led to Auschwitz – Birkenau in July of 2019.

Having spent so little time with Eva alone, how were you able to portray her story so well in both words and illustrations?

I learned a lot from the Polish guides at Auschwitz and from the audio of Eva’s testimony put together by the CANDLES staff. Eva had left quite a massive trail of information about her life, including an appearance on “60 Minutes” and many other interviews that can be found on YouTube, a hologram of Eva answering questions created by the Shoah Foundation, a documentary film about her life: “Eva-7063“ by WFYI Public Media and Ted Green Films, and Surviving the Angel of Death: The True Story of a Mengele Twin in Auschwitz that Eva co-authored with Lisa Rojany Buccieri.

Eva was at times a controversial figure in the survivor community, especially when she publicly forgave, Dr. Josef Mengele and other murderers for their crimes against her and her family. How did she come to believe that in order to heal your soul and set you free you must forgive your worst enemy?

The more she was asked to speak about her Holocaust past, the more the trauma and anger inside of her grew to an explosive degree. She got the idea of forgiveness when she learned that one of the doctors at Auschwitz, Dr. Hans Munch, took the unusual step of signing a document testifying to what actually happened in the gas chambers. She wanted to give him something in return, and that something was her forgiveness. This path to unburdening herself was a great revelation of Eva, and she wanted to share the message of forgiveness with others. Though it may have no effect on the individual or group that you forgive, Eva believed it is the only way to move forward in the world.

Eva died on July 4th 2019 at the age of 85 while on one of her educational tours to Auschwitz. You were among that group waiting for her to show up. What struck you most on that day?

The day before, she had told us that she forgave her mother for insisting that the family stay in Poland when they had a chance to emigrate. The last time she was with her entire family -- her parents and her older sisters -- was on the selection platform at Auschwitz-Birkenau. Our group had gathered there the day before. Learning of her death at Auschwitz 75 years after she first arrived here at the age of 10 was an eerie feeling.

What are the benefits of presenting the Holocaust in comic book form?

First of all, it is the medium I work in. Second, it is one that is accessible to a wide audience, especially in a click-bait world where the average attention span is about 15 seconds and most people are ignorant of the Holocaust. A large percentage of college graduates couldn’t tell you what D-Day was. Those who do not know history are receptive to all kinds of disinformation and conspiratorial lies -- and that is dangerous. The more we know based on evidence and on the facts, the safer we all will be.

Do you have any family history related to the Holocaust?

My father, Charles R. Lee, served as a mechanic with the Third Armored Division of the First Army during WWII and was among the liberators of Nordhausen, a Nazi labor camp. Dad told of seeing murdered prisoners stacked like cordwood and hollow-eyed, rail-thin survivors croaking their thanks. The memory of my father’s experience stayed with me.

END_OF_DOCUMENT_TOKEN_TO_BE_REPLACED 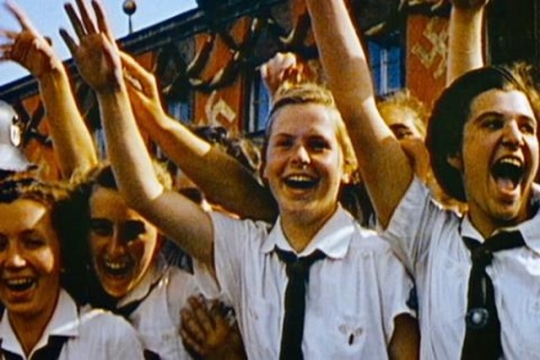 The film, produced by the USC Shoah Foundation, attempts to capture the recollections of an elderly subset of Germans who lived through the Third Reich and will soon no longer be around to give voice to what they witnessed.
Arts and Culture
Image 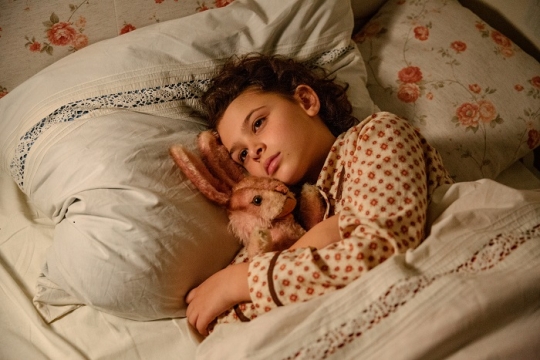 The film is based on a children’s novel of the same name, written by Judith Kerr depicting her own childhood memories of escaping Hitler’s Germany.
Israeli History
Image 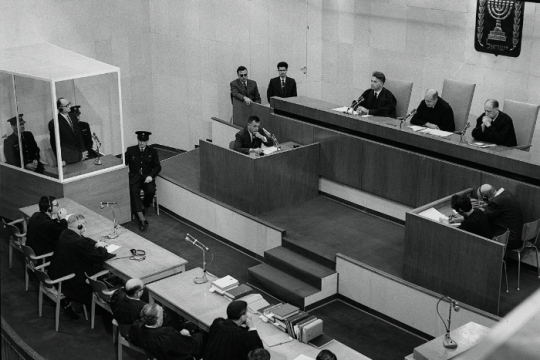 The Eichmann Trial 60 Years Later: What Have We Learned?

April 11, 2021, marks the 60th anniversary of the opening of Adolf Eichmann’s trial, which coincided with the young Jewish state’s bat/bar mitzvah year of independence. These two events represent a microcosm of modern Jewish history.
View More