What the Bible Really Says: A Prayer for Those Who Love Humanity and Our Texts 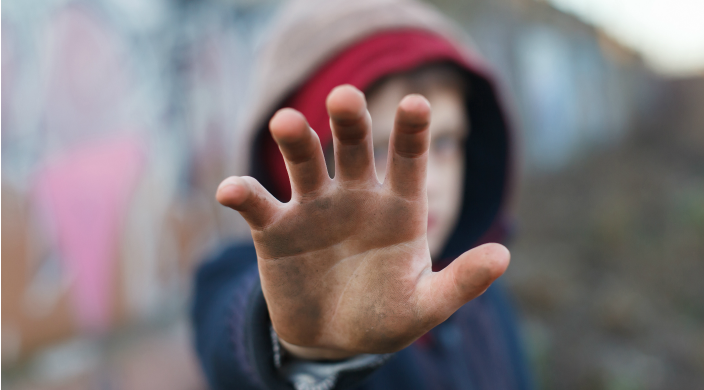 Earlier this month, Attorney General Jeff Sessions used a quote from the New Testament to support the brutal separation of children and their parents. During a speech in Fort Wayne, IN, Sessions remarked,

“I would cite you to the Apostle Paul and his clear and wise command in Romans 13, to obey the laws of the government because God has ordained them for the purpose of order. Orderly and lawful processes are good in themselves and protect the weak and the lawful.”

Press Secretary Sarah Huckabee Sanders supported the idea of a biblical mandate for lawfulness when she answered a question about the Attorney General’s remarks by saying,

“I'm not aware of the attorney general's comments or what he would be referencing. I can say that it is very biblical to enforce the law.... That is actually repeated a number of times throughout the Bible.”

In the hours and days since both of these officials made their comments, Christian theologians, representatives from various Christian denominations, and even one devout late-night comedian have decried Sessions’ conclusion that the practice of ripping children away from their parents is in any way a reflection of Christian doctrine.

I am grateful to those Christian voices who so quickly and powerfully condemned Sessions’ use of their religion to support this cruel policy. One of my favorite responses came from my friend and colleague, Reverend Shannon White of Wilton Presbyterian Church, who posted a simple but effective denunciation. She wrote,

“To Atty. General Sessions, Please stay in your lane and do not quote the Bible to justify separating children from their parents at our borders. I'm absolutely appalled.”

Now, if either of these politicians had attended a seminary, they would have studied with teachers like mine who impressed upon their students the foolishness of relying on proof texting (the practice of using out-of-context excerpts to support one’s argument without regard to the overarching themes or messages of the narrative).

If they had been lucky enough to study with my professors and homiletical coaches, they would have learned that standing in front of people and arguing that the “Bible says” something like “obey the law because laws come from God,” is to invite someone like Stephen Colbert to reply publically with,

“[If the Attorney General had] just read a little bit further into Romans 13:10 [he would have found], 'Love thy neighbor as thyself. Love does no harm to a neighbor. Therefore, love is the fulfillment of the law.'"

As someone who loves a religion that holds the texts of the Hebrew Bible as sacred, I take strong issue with anyone’s attempt to use the Bible as a tool to convince us we should comply blindly rather than stand up.

The Hebrew Bible is the product of human authors who attempted to capture cosmic truths. That means that these texts that are the sacred account of our people’s history and the compass that guides our people’s journey in this world -- these sacred texts include within them the biases, prejudices, concerns, and the beauty of humanity.

If you search the pages of our Tanach, you can find justification for all manner of human evils. But it is the responsibility of those who love the text, those who love our tradition, to look not for those verses that reflect the worst of ourselves, but instead to embrace the stories, the commandments, and the truths that push us to be better.

It is the responsibility of all religious people who look to the books of the Bible for inspiration, motivation, and sacred truths to stand up and loudly declare that those who use the Bible to support cruelty or hatred are fundamentally misunderstanding the teachings of our traditions.

The Jewish people, who know all too well what happens when human beings are declared illegal and children are ripped from the arms of their parents, have an added responsibility. We are required to stand up and to say in one voice that while the Bible teaches us many things, above all else, our tradition teaches us that every life is precious and that we are responsible for our neighbors.

On a recent Shabbat - a day of stillness after yet another week of painful rhetoric and troubling news reports - I was inspired to write and to offer a prayer for those of us who strive to be what the Bible tells us we should be.

I pray that we will be like Eve, who was willing to risk her safe existence in order to pursue knowledge.

I pray that we will be like Abraham and Sarah, who hurried to welcome strangers into their camp and rushed to prepare a meal for them.

I pray that we will be like Rebekah, who was judged as remarkable because of her kindness to a traveler.

I pray that we follow in the footsteps of Jacob, who encountered divinity and wrestled with it tirelessly.

I pray that we will be like Shifra and Puah, who refused to follow the commands of their ruler when he ordered them to deal cruelly with the mothers and children of a vulnerable people.

I pray that we will be like Reuel, who encountered a wanderer fleeing from his home, brought him into his community, and treated him like family.

I pray that we will be like Caleb, who refused to accept the pessimism of his fellow leaders and who clung to his certainty that the future could be safer, brighter, and better.

I pray that we will be like Rahab, who hid strangers in her home when they were sought by those who wanted to harm them.

I pray that we will be like David, who had the courage to confront even the most powerful foe.

I pray that we will be like Abraham and Moses, who stood toe-to-toe with the power of the universe and confronted injustice with loud voices and sure hearts.

This is my prayer for all of us and for all those who hold the Bible as a sacred text.

May this be God’s will. May it be our will.

Learn more about the Reform Jewish community's work around family separation, including seven ways you can take immediate action. 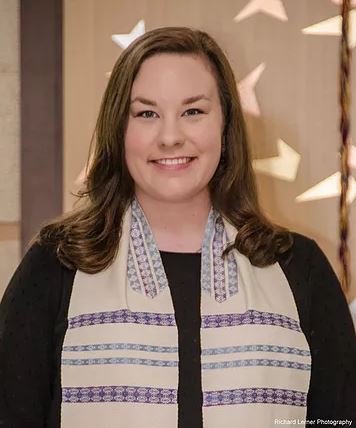 Rabbi Rachel Bearman is the rabbi of Temple B’nai Chaim in Georgetown, CT, and the incoming communications and marketing vice president of the Women’s Rabbinic Network. She is a leader within her local interfaith community and regularly partners with the governments of neighboring towns to address incidents of antisemitism and prejudice. Rabbi Bearman is the seventh generation of her family to be connected with a liberal synagogue and has a deep and abiding love of Reform Judaism’s commitment to the pursuit of justice.

END_OF_DOCUMENT_TOKEN_TO_BE_REPLACED 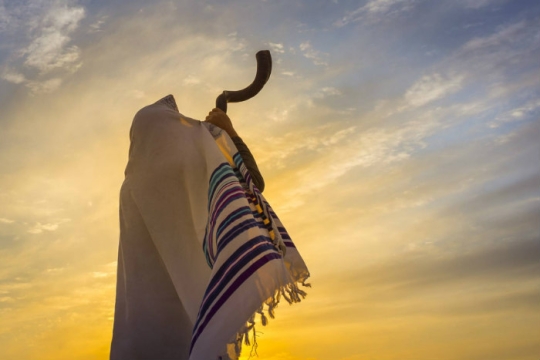 Unetaneh Tokef in the Time of a Pandemic

The Unetaneh Tokef has a long list of ways that people die, often violently, a way of shocking us into realizing our mortality. The original prayer, however, can be traumatizing. This version seeks a more empathetic approach to mortality.
Jewish Values
Image 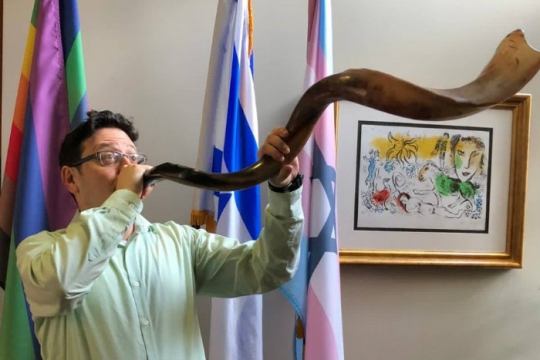 Rabbi Max Chaiken, our Ten Minutes of Torah commentator for the Book of Deuteronomy, is the associate rabbi of Congregation Kol Ami in Los Angeles, CA. We talk to him about his Jewish journey and the ideas behind his commentaries.
Israel
Image 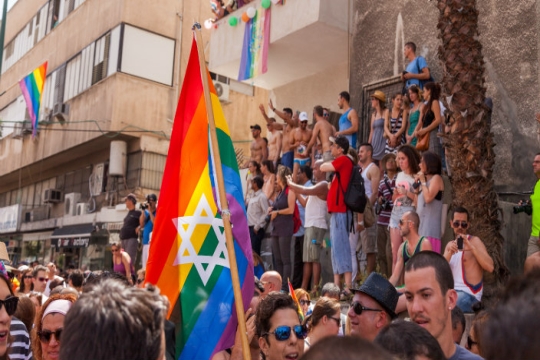 The Struggle to Build a Loving, Accepting, and Ethical Israel

A classmate recently snapped a photo of a billboard promoting Israel’s right-wing Yachad party that read: “So there won’t be a child with a father and a father!”
View More