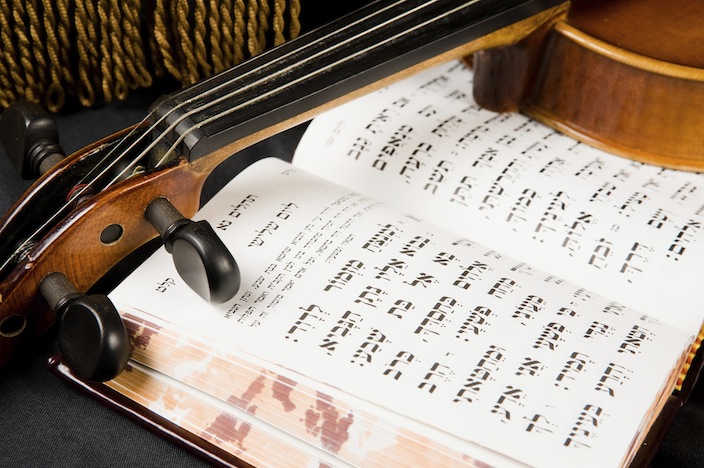 The Hassidic masters teach that it is through melody and song that the gates of heaven are opened. Our deepest longings, our greatest joys, and our most profound sorrows are borne on music's wings toward the Shomeiah T'filah, the One who Hears Prayer.

Reform Judaism has always sought to find the balance between memory and modernity, our rich Jewish past and the world as it exists at this very moment. Where it comes to worship music, this has never been easy! Think about all of the music that you have loved or hated: popular music and classical music, your parents' music and the music blared in your room when you were 15. While each generation's music can be incredibly different, what they all have in common is the ability to move certain people to feel and to think and - in some cases - to pray. The evolution of worship music in Reform Judaism is the story of the marriage of traditional, distinctly Jewish music and the sounds of the non-Jewish world around us.

Solomon Sulzer, and later Louis Lewendowski, were among the first to create new synagogue music that grappled with tradition while surely sounding contemporary. Sulzer, born in 1804, worked in Vienna. Sulzer wanted his work to be authentically Jewish, but also be honestly modern. Sulzer, like many early reformers, wanted to pray with music that they thought was dignified, removing elements that might seem too different from the larger community of worshippers in Vienna. Sulzer wrote for any combination of choir, cantor, and/or organ, mirroring the instrumentation typical in other faith traditions at the time. Sulzer's music was brought to America from Europe by Isaac Mayer Wise in the middle of the 19th century.

The great synagogue composers of the 20th century are far too many to list here. Magnificent musicians like Ernst Bloch, A.W. Binder, Max Janowski, Ben Steinberg, Bonia Shur, and Michael Isaacson each contributed to the evolution of Reform worship music. Like their predecessors, these men wrote music that expresses their own understanding of what Jewish sound can and should be. There is music for orchestra, for piano, for organ, for cantor, for choir - for almost any resources one can imagine. Nearly each decade of the 20th century has distinct sounds.

The last decades of the 20th century, in particular, saw the use of more "folk" music in the Reform synagogue. This is "folk" with a lowercase "f" because this represents a variety of styles that are all meant to empower the average congregant - the folk. This folk music introduced new instruments to the synagogue - most importantly the guitar - lending an air on informality not known in previous Reform generations. There are niggunim - wordless melodies - and the music of greats like Debbie Friedman., z"l, informed by the American singer/songwriter movement. In their own ways, these folk styles do exactly what Sulzer had done nearly two centuries before: they take Jewish ideas and sounds and reinterpreted them with the sounds of those generations, creatively meeting the specific needs of the time.

The great 20th century Rabbi Abraham Joshua Heschel1 wrote that "...music is a vessel that may hold anything." For Reform Jews, music holds our prayers, lifting them from the soul of the individual to create communal bonds and magnificently reach the Divine. As Reform Jews grow and change, so will the music of the synagogue, balancing authenticity with innovation, incorporating the collective past as we create our future.