Every Day is Earth Day: Jewish Holidays and Environmental Justice 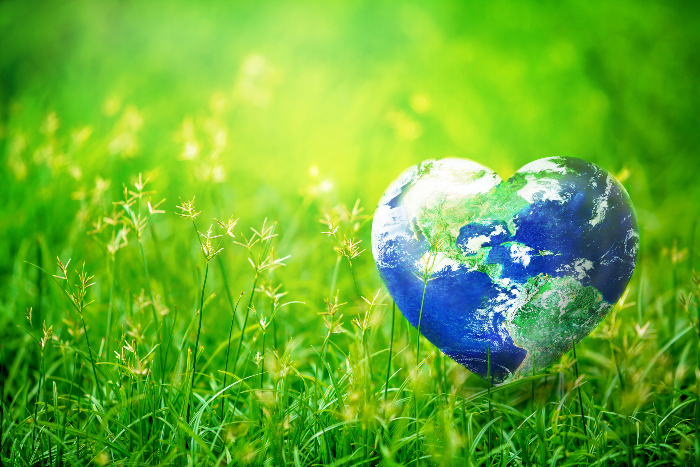 Since 1970, the United States has celebrated Earth Day every April.

By contrast, ancient Jewish celebrations throughout the year remind us of our responsibility to safeguard the fragile planet God has entrusted to our care. Almost all of our Jewish observances reflect environmental concerns.

The festival of Passover celebrates our liberation from bondage in Egypt, but its earliest roots lie in ancient spring planting festivals as the karpaskarpasכַּרְפַּסA green herb or vegetable (parsley, celery, watercress) used as part of the Passover seder to symbolize spring and rebirth. , the greenery on our seder plate, reminds us. If we do not care sufficiently for our earth, the ground will no longer be able to receive seed and sprout vegetation.

Shavuot became, for our Sages, the day we received Torah on Mount Sinai. In the Torah itself, though, Shavuot celebrates the first summer fruits and the barley harvest. Both Shavuot and the harvest festival of Sukkot remind us that unless we take pains to ensure an enduring supply of clean water and air, the growth and harvest of nourishing food stuffs cannot continue.

Rosh HaShanah is the anniversary of the creation of the world and a strong reminder that God entrusted this Eden-like orb to our care with instructions to “till it and to preserve it.” (Genesis 2:15)

And Tu BiShvat, known as the “Birthday of the Trees,” has been our Jewish Earth Day since the time of the Mishnah at least 1,800 years ago.

When Tennessee Senator Albert Gore, Jr., began his campaign of environmental awareness (which led to his receiving the Nobel Prize for Peace in 2007), he asked me to prepare “a closing homily” for the first meeting of the initiative held in Nashville, the city where I then served as rabbi. On that occasion, I adapted a venerable Hasidic story told in many different ways about a magnificent goat that lived long ago.

The goat had horns so long and beautiful that when he lifted his head, he could touch the stars, and they would sing the most beautiful melody that anyone had ever heard. One day, a man walking encountered the goat, and a brilliant idea jumped into his head: “I could make my wife a gorgeous jewelry box for her birthday from a piece of one of the goat’s horns.”

The man approached the goat and explained, “I want to make a jewelry box from just a small piece of one of your horns. It won’t hurt when I cut it off, and I’ll just take a small piece. You won’t even miss it!” The friendly goat lowered his head to accommodate the man’s request.

The jewelry box the man made was indeed beautiful, and his wife adored it. Proudly, she showed it to all of her friends who soon wanted one just like it. Before long people inundated the goat with requests to “cut off just a small piece” of one of his horns. Soon, of course, the goat could no longer reach the stars, and that most beautiful melody was forever silenced.

In the Passover story, Pharaoh’s advisors warned him before the plague of locusts ravaged the land: “Do you not yet know that Egypt is nearly destroyed.” (Exodus 10:7) That warning should ring out to us across the millennia. Do we not realize that our earth is nearly destroyed?

Although it is too late for the goat to make the stars sing, it is not too late for us to save our planet and vouchsafe clean water, clean air, sufficient food, and a beautiful earth for future generations.

For more on this topic, including ways to take action, visit the Religious Action Center of Reform Judaism’s environmental justice page. 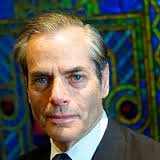 Rabbi Stephen Lewis Fuchs is a former president of the World Union for Progressive Judaism and rabbi emeritus of Congregation Beth Israel in West Hartford, CT. He currently serves Bat Yam Temple of the Islands in Sanibel, FL. A prolific writer, he is the author of several books, the most recent of which is …And Often the First Jew. Rabbi Fuchs earned a D. Min in Biblical Interpretation from Vanderbilt Divinity School, which, in 2017, named him its “Distinguished Alumnus of the Year.”