7 Modern Additions to the Seder Plate 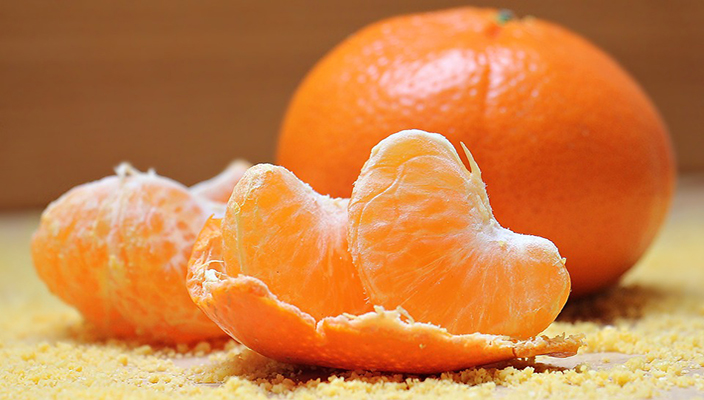 Passover offers a variety of opportunities to infuse our holiday celebrations with social justice themes, as evidenced by our Passover Social Justice Guide, created by the staff of the Religious Action Center of Reform Judaism. There are also a number of modern additions to consider adding to your table:

1. An Orange for LGBTQ+ Equality

Heschel adapted this practice, placing an orange on her family's seder plate and asking each attendee to take a segment of the orange, make the blessing over fruit, and eat it as a gesture of solidarity with LGBTQ Jews and others who are marginalized within the Jewish community. They spit out the orange seeds, which were said to represent homophobia.

This custom celebrates Miriam’s role in the deliverance from slavery and her help throughout the wandering in the wilderness. Place an empty cup alongside Elijah's cup and ask each attendee at the seder to pour a bit of water into the cup. With this new custom, we recognize that women have always been – and continue to be – integral to the continued survival of the Jewish community.

We see the pouring of each person's water as a symbol of everyone's individual responsibility to respond to issues of social injustice. Learn more about Miriam's Cup, and use the Religious Action Center of Reform Judaism’s Miriam's Cup reading insert in your seder to honor the women in your life and remember Miriam's contributions to the Exodus.

3. A Potato for Ethiopian Jewry

In 1991, Israel launched Operation Solomon, a covert plan to bring Ethiopian Jews to the Holy Land. When they arrived in Israel, many were so ill that they were unable to digest substantial food. Israeli doctors fed these new immigrants simple boiled potatoes and rice until their systems could handle more substantial food.

To commemorate them at your seder, eat small red potatoes alongside the karpas (green spring vegetable). Announce to those present that this addition honors a wondrous exodus in our own time, from Ethiopia to Israel.

The fair trade movement promotes economic partnerships based on equality, justice and sustainable environmental practices. We have a role in the process by making consumer choices that promote economic fairness for those who produce our products around the globe. Fair Trade certified chocolate and coca beans are grown under standards that prohibit the use of forced labor.

They can be included on the seder plate to remind us that although we escaped from slavery in Egypt, forced labor is still very much an issue today.

5. A Banana for Refugees

During the summer of 2015, the world was awakened and shattered by the images of a little boy whose body lay lifeless amidst the gentle surf of a Turkish beach - another nameless victim  mongst thousands in the Syrian refugee crisis, the greatest refugee crisis since WWII.

His name was Aylan Kurdi, 3, and he drowned with his brother, Galip, 5, and their mother, Rihan, on their exodus to freedom’s distant shore. Aylan and Galip’s father, Abdullah, survived the harrowing journey, and in teaching the world about his sons, he shared that they loved bananas, a luxury in their native, war-torn Syria. Every day after work, Abdullah brought home a banana for his sons to share, a sweet sign of his enduring love for them.

"We place a banana on our seder table and tell this story to remind us of Aylan, Galip and children everywhere who are caught up in this modern day exodus. May they be guarded and protected along their journey to safety, shielded by the love of their parents, watched over by God full of mercy and compassion."

6. Cashews for the Troops

Rabbi Wesley Gardenswartz of Temple Emanuel in Newton, MA, started the tradition of adding cashews to the seder plate to honor military troops. The idea came from a sign at a drug store that asked customers to consider buying bags of cashews to send to troops stationed in Iraq. An employee whose son was serving abroad explained that the salted cashews provided sustenance and hydration in Iraq's desert climate, compelling the rabbi to make the addition to his congregation's seder plate.

7. An Acorn for Indigenous Land

Led by Kehilla Community Synagogue in Piedmont, CA, some congregations have begun to add an acorn on the seder plate to weave indigenous land acknowledgement into its Passover discussions. The congregation's Haggadah insert about the acorn explains, "We commit to doing t'shuvah, honest looking and relational repair, for the immense suffering and harm that happened here, and that we continue to benefit from."

What modern traditions has your family or congregation integrated into your seder? Will you be including a Miriam’s Cup, potato, orange, or fair trade products into this year’s Passover celebration?