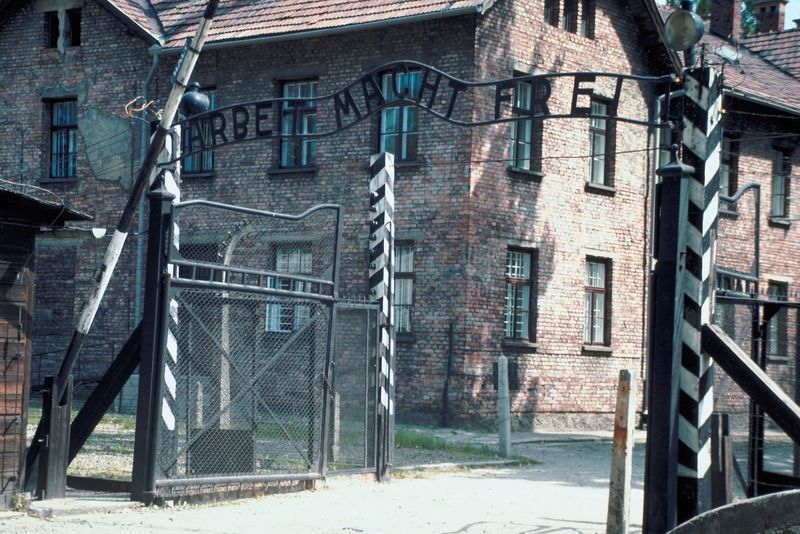 Yom HaShoah, also known as Holocaust Remembrance Day, occurs on the 27th of the Hebrew month of Nisan. Shoah(the) ShoahHebrew word meaning "catastrophe", referring to the Holocaust. , which means “catastrophe” or “utter destruction” in Hebrew, refers to the atrocities that were committed against the Jewish people during World War II. This is a memorial day for those who died in the Shoah.

The Shoah (also known as the Holocaust, from a Greek word meaning "sacrifice by fire,") was initiated by the members of the National Socialist (Nazi) Party, which seized power in Germany in 1933. The Nazis believed in a doctrine of racial superiority, centering around the idea that people of Northern European descent were somehow better than members of all other races – especially the Jews, who were "unworthy of life."

After taking power, the Nazis gradually restricted the rights of German Jewish citizens and encouraged Nazi followers to commit acts of violence and destruction against Jews and their property. During World War II (1939-1945), the Nazis implemented their "Final Solution," a plan to concentrate and annihilate all European Jews.

Jews first were crowded together in ghettos and slave-labor camps, where disease, brutality, and malnutrition ran rampant. Eventually, they were sent to death camps, where millions were murdered in special facilities designed to kill a tremendous number of people over a brief period of time. In addition to the six million Jews who died – two-thirds of the European Jewish population – the Nazis also killed millions of others, including Roma and Slavs, political and religious dissidents, the disabled, and members of the LGBTQ+ community.

Today, many commemorate Yom HaShoah by lighting yellow candles to keep memories of the victims alive. (The Men of Reform Judaism co-sponsors a yellow candle program). Most synagogues and Jewish communities gather together to commemorate the day through worship, music and stories from survivors. Find a congregation near you to attend a Yom HaShoah commemoration event.