Being an Israeli, one of the hardest things to deal with - and as far as I know it is unique to Israel - is the seemingly unbelievable and immediate passage between sorrow and celebration, as portrayed in the pairing of Yom HaZikaron (Israel's Memorial Day) and Yom HaAtzmaut (Israel's Independence Day). The idea behind this is that the day before celebrating our independence, we are reminded of the price and sacrifice made by so many in order to keep us free.

If you've never been in Israel during those two days, nothing can possibly explain the experience and the kind of emotions that it evokes. After a full day of grief and remembrance, something that is very much relevant from a personal standpoint to literally every Israeli, we go rather abruptly to a truly joyous celebration of our freedom and achievements during Israel's Independence Day.

Those achievements are indeed very impressive. In less than a century of existence, Israel has managed to become a regional power, a modern, flourishing democracy in a region that has very little. In almost every possible measurement of world countries and societies, the Jewish state, especially when taking into consideration its small size, is at the top of the ladder alongside countries that have been around for centuries. When you think about the fact that all of this was done while facing constant security threats, some of them even starting literally from day one, the amazement and sense of awe is even greater.

But Israel's achievements are not and should not be measured only in comparison to how other states perform. After all, part of the whole idea behind the creation of the State of Israel is to see if Jews can - more than 2,000 years after the last time we took a crack at it - actually handle themselves independently, be masters of their own fate, and create a society based on a combination of human values and Jewish culture and heritage. When looking at Israel through this Jewish prism, the list of achievements is also quite impressive. As one example of having done something that was seemingly impossible, I point to the revival of Hebrew as our people's language. To think that millions of Jews are being raised today in Israel having not English, German, Russian, or Yiddish as their main tongue but Hebrew - a language previously restricted to scripture alone - is nothing short of amazing.

Nevertheless, our country is also very young, especially to have suffered so much loss and dire threats. Of course, this sort of experience is not without consequences. No different than most other Israelis, I, too, have lost friends who died while serving their country in the Israeli army. Regardless of past and future achievements of the State of Israel, their lives are forever lost and those who knew and loved them are left with a hole that can never be filled.

One of my family's little traditions during Yom HaZikaron is to keep the TV on throughout the day on a special channel that, for 24 hours, shows nothing but the names of all of the soldiers and victims of terrorist attacks who have died since the day of Israel's birth. I know many other families in Israel do the same, and I think there's something very Jewish about that act. In a sense, it's our way of reminding ourselves that every person matters, that everyone had a name and an entire life to go with it - a whole universe that was lost in a tragic way.

So no, Israel is not perfect. In addition to the tremendous loss of human life, I, like every other Israeli, can name off the top of my head a whole list of things I don't like about my country. The thing is, none of these things will ever make me doubt my love and sense of pride for Israel, primarily because it belongs to me and any other Jew who chooses to care or identify with it. Israel is our creation, the grand project of the Jewish people, and like every artist that has worked hard on a new creation, no one can be more critical than us towards what we have made; but at the same time no one can love the creation more than the artist who has put his heart and soul into his work.

Yom HaAtzmaut has always been my favorite holiday of the year - not because I don't like any of the other holidays, but because in my view it is probably the only holiday where we celebrate a project that is still ongoing; where all of us can make a difference and shape the way this wonderful country, filled with our people, will look in the next year and the one after that. In my eyes, taking an active involvement in the shaping of our country and our people is the best way to commemorate the memory of those who have died defending it. Nothing is worth celebrating more than that. 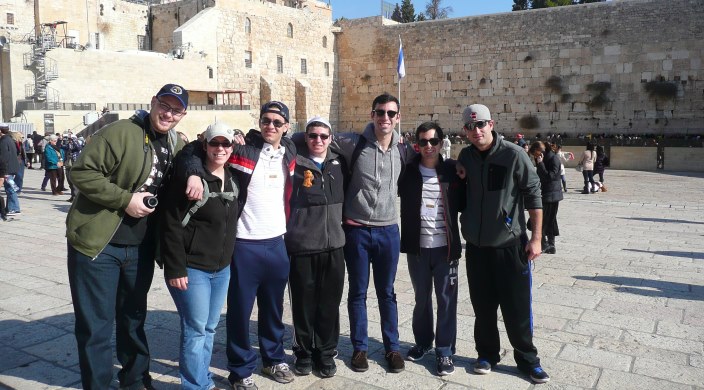