What’s the difference between the secular and Jewish new years?

While there are significant differences between how we usher in and observe the secular and Jewish New Year, both are times of transition that offer us an opportunity for self-reflection. Here are the key differences.

The secular New Year’s Eve is a time of merriment, drinking champagne, feasting, and fireworks, and the making of resolutions, such as dieting and exercise, and phoning mother more often.

Rosh HaShanah has a more serious and solemn tone. The noise associated with this High Holiday is the blowing of the shofarshofarשׁוֹפָרRam’s horn most commonly blown throughout the month of Elul and during the High Holiday season. in the synagogue to mark the beginning of the Ten Days of Awe, a  period of soul-searching reflection which concludes on Yom Kippur, the Day of Atonement, a day of fasting, when, the Talmud teaches, God determines who will live and who will die in the year to come.

The secular New Year’s greeting is “Happy New Year.” On Rosh HaShanah, which is traditionally celebrated as “the birth of the world,” Jewish people greet one another with Shanah tovahL’shanah tovah לְשָׁנָה טוֹבָה Literally, “for a good year.”  This is a customary greeting for Rosh HaShanah. Also, “shanah tovah.”  (a good year) or Shana tovah umetukah (a good and sweet year). The traditional foods eaten on Rosh HaShanah include apples dipped in honey, dates, pomegranate, and honey cake as a way of symbolizing the hope for a sweet new year.

The greeting from Rosh HaShanah through Yom Kippur, is g’mar chatimah tovah, “May you have a good final sealing in the Book of Life.”

A popular secular New Year’s Eve song is “Auld Lang Syne,” based on a poem written in 1788 by the national poet of Scotland, Robert Burns. It is sung at the stroke of midnight to bid farewell to the old year.

Perhaps the most recognizable prayer sung in synagogues on Rosh HaShanah is Avinu MalkeinuAvinu Malkeinuאָבִינוּ מַלְכֵּנוּ "Our Father, Our King"/"Our Parent, Our Ruler" A prayer (and song) chanted during the High Holiday period. Describes two simultaneous ways in which people might relate to God: the intimate relationship of a parent and the powerful awe of a ruler. , a plea to God for compassion, forgiveness, and blessing. and on the eve of Yom Kippur, Kol Nidrei.Kol Nidreכָּל נִדְרֵי"All Vows;" prayer recited on the eve of Yom Kippur, the holiest day on the Jewish calendar;

Whether we talk about New Year’s resolutions or t’shuvahT'shuvahתְּשׁוּבָה"Return;" The concept of repentance and new beginnings, which is a continuous theme throughout the High Holidays. , returning to the path of righteousness, we can all benefit from taking a pause to consider where we have been in our lives and where we want to go, and how we plan to get from here to there. 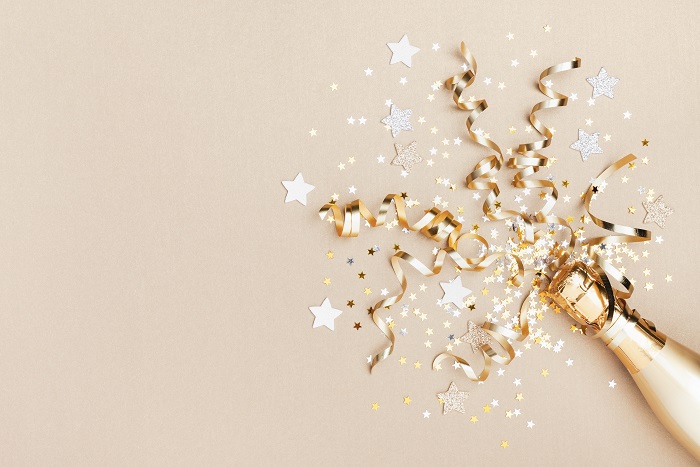