Seeing Ourselves in Torah 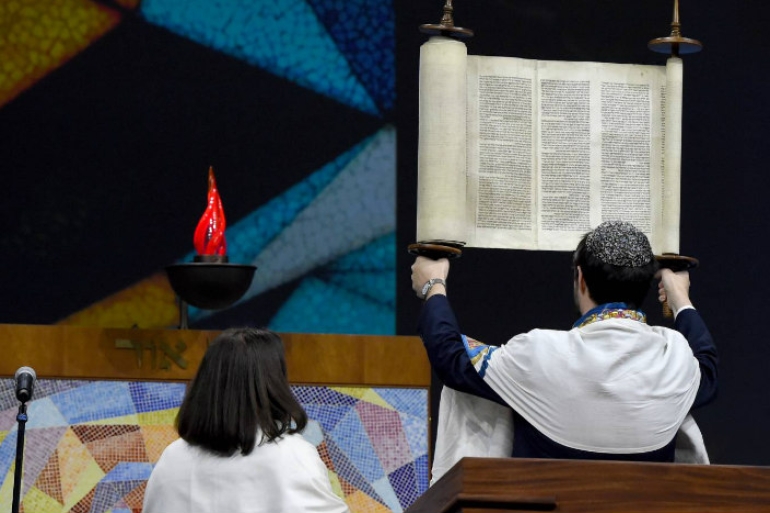 Just after the opening number of the 1992 animated Disney classic Aladdin, its title character sings “One Jump Ahead,” a catchy tune that introduces us to the young “street rat” and his sidekick, Abu, after they’ve stolen a loaf of bread. Though we wouldn’t ordinarily condone theft, we feel some sympathy for Aladdin because it seems reasonable that he’s “gotta eat to live, gotta steal to eat.” After his fun musical escape, he wins our affection by giving his hard-won loaf to two young children who are scavenging food in the garbage; apparently, they need it more than he does.

This iconic scene reveals an important truth about laws and rules: We rely on narrative – on stories – to make them meaningful. Aladdin seems to know that stealing is wrong, but when faced the choice of stealing or starving, he chooses life. The audience is in sympathy with his violating the law because of the hero’s circumstances in the context of the story.

As the American legal scholar Robert Cover notes in Narrative, Violence, and the Law: The Essays of Robert Cover:

“No set of legal institutions or prescriptions exists apart from the narratives that locate it and give it meaning. For every constitution there is an epic, for each decalogue a scripture. Once understood in the context of the narratives that give it meaning, law becomes not merely a system of rules to be observed, but a world in which we live… law and narrative are inseparably related.”

My teacher, Dr. Rachel Adler, says the same is true for Torah study. We make meaning from legal passages of Torah when we see ourselves within the sacred drama of our ancestors who came out of Egypt and entered into a covenant with the Divine. Curiously, the Torah itself often combines narrative and law. Parashat Ki Teitzei provides numerous examples of casuistic laws (rules that are stated in terms of a case or  situation), including laws related to the establishment of an economically just society:

When you make a loan of any sort to your compatriot, you must not enter the house to seize the pledge. You must remain outside, while the party to whom you made the loan brings the pledge out to you (Deut. 24:10-11).

The pledge described here refers to collateral for the loan, and Torah states the law in the context of this particular circumstance.

Instead of announcing as a general principle that “lenders must not embarrass or harass borrowers” or, more broadly, “lenders must treat borrowers fairly,” Torah uses a mini narrative: “When you make a loan… you must not enter the house…” This creates a situation in which we can place ourselves in the scene by imagining what it would be like as the lender or the borrower. In turn, we can weave the moral principle of this story, along with the specific custom of not entering the house, into the fabric of our individual and collective efforts to pursue economic justice.

Just a few verses later, Ki Teitzei reminds us again of the importance of narrative in the economic realm, this time addressing our great journey to become free people.

“You shall not abuse a needy and destitute laborer, whether a fellow Israelite or a stranger in one of the communities in your land. You must pay out the wages due on the same day, before the sun sets, for the worker is needy and urgently depends on it… You shall not subvert the rights of the stranger or the fatherless; you shall not take a widow’s garment in pawn. Remember that you were a slave in Egypt and that the Eternal your God redeemed you from there; therefore, do I enjoin you to observe this commandment.” (Deut. 24:14-15, 17-18, emphasis added).

Torah does not often give reasons for its commandments, but these verses present a clear exception.

We are commanded to follow these rules aimed at economic justice because we were slaves in Egypt and made the difficult journey to freedom and redemption only with Divine help. We pay our workers on time because they are not slaves. We uphold the rights of the stranger and the orphan because they are vulnerable, just as we were. This passage continues with a reminder to leave the fallen sheaves in our field and vineyard for “the stranger, the fatherless, and the widow” (Deut. 24:19). Even the least well-off among us deserves to eat.

In recalling our sacred story, Torah asks us to imagine what it felt like to be slaves as we resolve to build a more equitable economy. We are explicitly commanded to honor workers and to preserve the rights of the needy and the hungry in recognition of what it is like to be a worker without pay, to go to sleep hungry.

Yet Ki Teitzei also expresses a concern for property rights. No longer slaves, we are free to own property and are obliged to acknowledge the rights of others within our society to their property:

“If you see your fellow Israelite’s ox or sheep gone astray, do not ignore it; you must take it back to your peer. If our fellow Israelite does not live near you or you do not know who [the owner] is, you shall bring it home and it shall remain with you until your peer claims it; then you shall give it back.” (Deut 22:1-2)

Thus, Torah shows concern not just for an economy that feeds the hungry, clothes the naked, and protects workers; it also respects and honors the rights of property owners.

All economic activity takes place within systems of law, whether it is related to consumption, production, or distribution of goods and services. Ki Teitzei reminds us that narrative and context matter, and that we rely on them to make meaning of laws. In turn, pursuing economic justice requires attention not only to legal structures such as labor, wages, welfare, and property rights, but also to the stories we tell and the narratives of our lives.

When do we read Ki Teitzei

Rabbi Max Chaiken serves as the associate rabbi at Congregation Kol Ami in West Hollywood, CA. There he directs weekly worship music, and facilitates The Open Yad Project, a community of young adults in their 20s and 30s. He was ordained at Hebrew Union College-Jewish Institute of Religion in Los Angeles in 2018, where he wrote his rabbinic thesis on economics, ethics, and Jewish law; he also holds a BA in economics and public policy from Brown University. Rabbi Chaiken lives with his husband, Rabbi Danny Shapiro, and their dog, Oogie.