Microaggressions vs. Microaffirmations: Welcoming Others at the "Micro" Level 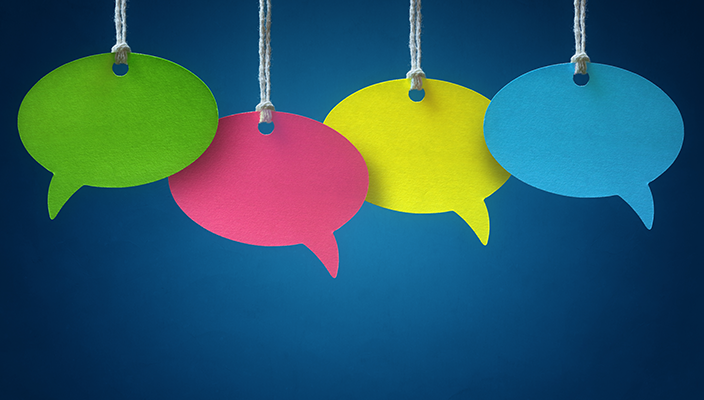 When we think of making our communities more audaciously hospitable, we often place considerable focus on the audacious part. Our minds tend to focus on the bigger picture – tackling grand challenges with grand solutions and changing the way our Jewish communities function on a wide level. However, audacious hospitality is like fitness: It is achieved through consistent actions on a “micro” level, which means reckoning with the way we treat members of our communities on a daily basis.

These seemingly unnoticeable daily actions often fall under the categories of “microaggressions” and “microaffirmations.”

As this statement implies, perpetrators of microaggressions are often not even aware they’re committing them – but the result, nonetheless, is that individuals on the receiving end of these actions may feel unwelcome, alienated, or unsafe in the spaces where they belong.

In Judaism, such actions may be considered lashon hara, or “bad speech." According to the Talmud, “Anyone who humiliates another in public, it is as though [they] were spilling blood…after the humiliated person blushes, the red leaves [their] face and pallor comes in its place, which is tantamount to spilling [their] blood (Bava Metzia 58b:12).”  Even in cases when our actions are unintended, they still may have the impact of real pain for the other.

Jews of Color are often asked how they are Jewish and when or why they converted to Judaism – questions that incorrectly assume that all Jews of Color are converts. They may be told that they don’t “look Jewish” or hear statements of surprise, i.e., “I can’t believe you know this much about Judaism!”

Jews with disabilities often encounter false assumptions about what they can or cannot do as a result of their disability; their needs for accommodations aren’t always taken into consideration; and they may receive unsolicited, anecdotal “advice” from people without disabilities.

LGBTQ+ Jews are often addressed with incorrect gender pronouns; their partners may be mistaken for blood relatives or platonic friends; they may be asked intimate questions about their personal lives (i.e. “When did you come out?” or “My cousin is trans, too; is it true that ___?”)

People in interfaith families are often asked “how Jewish” they and their families are, and whether they intend to raise their children as Jews.

What We Can Do: Microaffirmations

If the negative impact of microaggressions often goes unnoticed by those who use them, then the solution is to not only become more aware of the negative ways in which we interact with our communities, but to also invoke positivity instead.

This is where microaffirmations come into play.

“[Microaffirmations are] apparently small acts, which are often ephemeral and hard-to-see, events that are public and private, often unconscious but very effective, which occur wherever people wish to help others to succeed.”

If microaggressions are an example of lashon hara, then microaffirmations would be considered lashon tov, or “good speech.” In fact, the Talmud even goes as far to say, “A person’s disposition should always be empathetic with mankind, and treat everyone courteously (Ketubot 17a:1).”

Microaffirmations are the lifeforce of audacious hospitality; each time we utilize them, we move our Jewish communities toward a more diverse, inclusive, and equitable future.

Microaffirmations can include simply telling community members on the margins that you’re glad to see them, asking whether they enjoyed the event you both attended, and putting yourself out there both as a resource and as a friend in the community.

It’s even as simple as having conversations that don’t implicitly focus on their ethnicity, culture, disability status, or gender/sexual identity, or religious affiliation. Microaffirmations also include correcting others when they perform microaggressions, with the intent of helping them understand the impact of their words and to make better choices going forward.

Because we must remember to view audacious hospitality as a long-term goal, we must also remember that creating our ideal communities requires us to think on a day-to-day and even moment-by-moment level. This involves ruminating on the seemingly unnoticeable ways in which we interact with others in our communities and how we can improve. Indeed, when it comes to treating others with the respect and love they deserve, no act is too micro.