5 Things to Know about Being Jewish in College 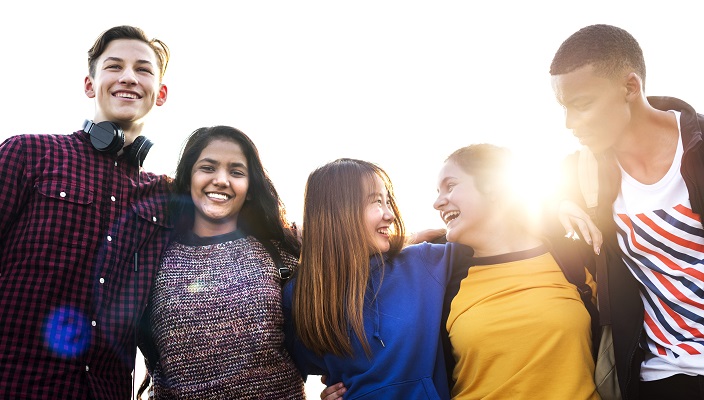 When I entered my first year of college, I assumed that Jewish life on campus could never match the Jewish life I’d led in high school. I was extremely proud to be a self-proclaimed “product of the Reform Movement”; I spent  seven summers at URJ Eisner Camp, grew up at Reform synagogues, and was heavily involved with NFTY – The Reform Jewish Youth Movement throughout high school. When I arrived at Hillel, I made it known to everyone that I was Reform with a capital “R” – and proud of it.

And even though I hated my first Shabbat experience at college, I went back, and I kept going back. Eventually I truly found my place in the Reform Jewish community and the larger Yale Jewish community, which sometimes feels as though it is dominated by Orthodox Jewish practice.

As I reflect upon my experience transitioning from high school to college, here are a few important things to know as you consider your own Jewish campus community:

1. Before you go, reflect on what’s important to you about Judaism.

Think about the three most important parts of your Jewish identity – and don’t just think about it abstractly. Take mine, for example: my Jewish communities; my progressive Jewish values; and joyful singing and dancing to Jewish songs.

Your Jewish identity – and specifically your Reform Jewish identity – may be consistently challenged by people both more and less observant than you are. Establishing what’s important to you about your Judaism will help ready you to stand up for yourself when these challenges arise.

2. Reach out to older Jewish students, especially across denominations.

Connect with Jewish student leaders from a variety of backgrounds. Tell them your story. Make friends.

The same goes for reaching out to rabbis, Hillel directors, chaplains, etc. It is these peoples’ jobs to provide you with meaningful religious experiences in college – so make friends with them. They can be incredible people and support for you in college.

3. Stand firm in your Reform Judaism.

It’s important to respect all students’ level of observance, but that does not mean you should feel obligated to alter your own practice for the sake of pluralism. I’ve come to realize that at its best, pluralism makes everyone feel a little uncomfortable – and as such, it pushes everyone to learn and grow.

Being Reform does not mean you’re “less Jewish” than anyone else; Reform Judaism is an inspiring and meaningful expression of Judaism and should be respected in pluralistic Jewish spaces.

“Why” is the first word on the path to friendship, or at the very least, mutual understanding, and the opportunity to build a Jewish community that is accepting and exciting for all Jewish students on campus.

We all know it’s nearly impossible to try to have civil disagreements or to try to influence someone else’s beliefs if they don’t first respect you. That’s the goal of all relationships,  in both college and throughout life – building up the opportunity to learn and grow and be there for each other.

Naomi Shimberg attends Yale University, where she studies ethics, politics, and economics. She is from Providence, R.I., where she is a member of Temple Beth El. She is also a proud member of the URJ Eisner Camp and NFTY Northeast communities.