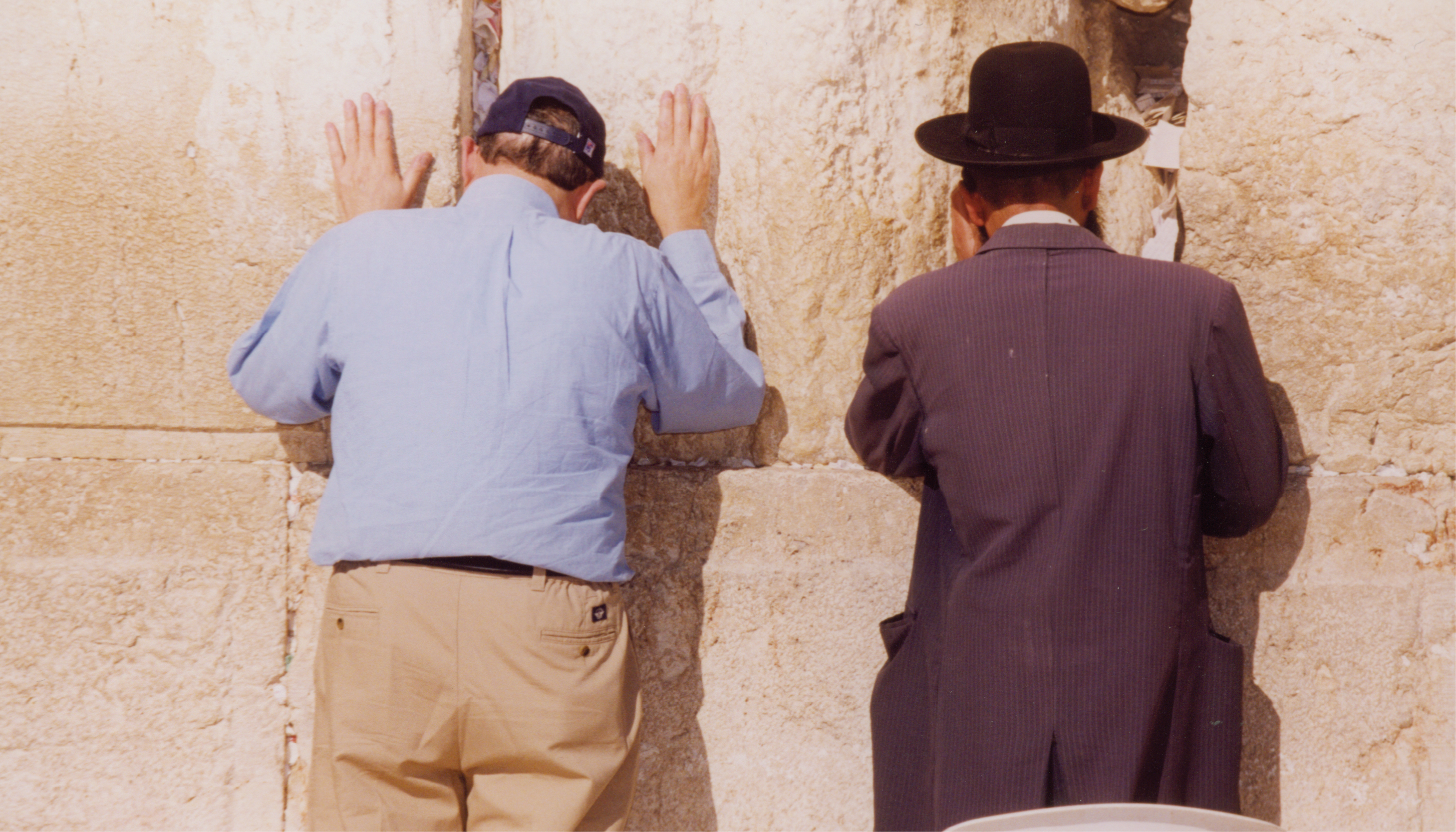 While many sources exist in Israel for the protection of religious liberty, including the Declaration of Independence and the Basic Law on Human Dignity and Liberty (Israel does not have a constitution and therefore uses "basic laws" to guarantee certain rights), in practice the situation is quite complex, particularly with regard to recognition of non-Orthodox Jewish streams. The power of the Orthodox political parties (often referred to as "religious parties") are often the balancing point between the Right and the Left factions in government, thereby giving the Orthodox greatly disproportionate power in comparison to their size in the population. This disproportionality limits much progress on religion and state issues in the political arena.

The Israelis adopted the Ottoman Millet system, under which each person's personal status was defined by his or her recognized religion. There are 13 recognized religious sects in Israel among them: Jewish (Orthodox), Muslim, Druze, and various Christian denominations. In addition to the Millet system, under which people can only get married, divorced, etc. under their recognized religion, there are various laws that guarantee the Orthodox establishment specific duties (like marriage, divorce, Kashrut, etc.), thus giving them full control over these issues and granting them a monopoly as the only recognized form of Judaism in Israel. While there are many duties that are not prescribed by law to the religious Orthodox establishment, government officials and decision-makers interpret almost any issue dealing with religion solely as it is defined by Jewish Orthodoxy.

Though different denominations are making inroads in Israel, leading Israelis to question the assumption of Orthodox supremacy, the issue is most contentious between Israelis and North American Jews. In North America, 86% of affiliated Jews belong to Conservative, Reform or Reconstructionist synagogues. In comparison, 20% of Israel's population is Orthodox or ultra-Orthodox, 38% are traditional, and 42% are secular. The Israel Movement for Reform and Progressive Judaism (IMPJ), Israel's equivalent to North American Reform Judaism, today boasts a growing membership of both North American immigrants and native Israelis, with approximately 50 congregations around the country. It is estimated that each year, around 250,000 Israelis are exposed to Reform Judaism through a holiday, service, program or ceremony.

History of Religious Pluralism and the Reform Movement in Israel

During the time of Theodor Herzl, seen to many as the modern founder of Zionism, there were several different streams of Zionism that needed to come together to create a coherent vision of what a Jewish state would look like. While many of Herzl's contemporaries considered themselves secular, they needed the support of the Orthodox religious establishment in order to generate a cohesive movement. Many in the Orthodox world were put off by the notion of a secular Jewish state, and others believed that while the right of the Jews to settle there was sacrosanct, only the Messiah could re-establish Jewish self-rule in Palestine. Rabbi Abraham Isaac Kook is largely credited with the establishment of religious Zionism, concerned as he was with the growing alienation between Zionism's largely secularist supporters and the Orthodox Jewish community.

When Israel was founded in 1948, certain agreements were made between the various Zionist movements, both secular and religious, regarding the preservation of the Jewish nature of the State. These agreements provided that the Israeli government would implement certain policies based on Orthodox Jewish interpretations of religious law. An example would be statewide requirements regarding kashrut, or the fact that public transportation is not allowed to run on the Sabbath. In regards to issues of personal status, the Israeli government continued to use the Millet system, which was created by the Ottomans and inherited by the British Mandate. Under this system, each resident's personal status law is defined by his or her recognized religion.

Ignored in the establishment of the state was the already budding non-Orthodox Jewish community in Israel and around the world. One of the earliest Reform Rabbis to settle in what is now Israel was Judah Leon Magnes, the first Chancellor of the Hebrew University and later its President in 1935. In 1938, Rabbi Meir Elk, a German immigrant and graduate of Germany's liberal Breslau Rabbinical Seminary, established the Leo Baeck School in Haifa, which is to this day one of the most successful education institutions in the country. The first Reform synagogue, Congregation Har El in Jerusalem, was founded 20 years later in 1958.

In 1973, the World Union for Progressive Judaism moved its headquarters to Jerusalem, establishing Reform/Progressive Judaism's international presence in Zion and reflecting its commitment to help build a strong indigenous movement. In 1976, the first Reform kibbutz, Yahel, was established in the Arava desert, followed in 1983 by the founding of Kibbutz Lotan. A Reform/Progressive settlement in the Galilee, Har Halutz, was inaugurated in 1985.

The religious pluralism issue which has received the most attention is the so-called "conversion crisis", which began in 1996 with a Supreme Court case which considered recognizing non-Orthodox conversions in Israel. Conversions have been a hot-button issue in Israel since nearly one million Russians immigrated in the 1990s, many of them not halachically Jewish. The Orthodox community responded to the influx of non-traditional Jews looking to easily convert by introducing a bill in the Knesset that would legally prevent the recognition of all conversions performed by non-Orthodox rabbis whether performed in Israel or the Diaspora.

The Reform and Conservative movements considered this an attack on their existence in Israel, and began a court case challenging the legitimacy of the legislation. In response, Prime Minister Benjamin Netanyahu asked Finance Minister Yaacov Ne'eman to head up a commission charged with finding a viable solution for a number of pressing issues related to pluralism within Judaism. The Ne'eman Commission sought to determine who can serve on religious councils and who can perform marriage ceremonies, conversions, and prayer services at the Western Wall. The Commission, made up of one Reform, one Conservative, one Haredi (ultra-Orthodox) and three Orthodox representatives, met from July 1997 to January 1998 and dealt primarily with the conversion issue. A compromise was developed which allowed for non-Orthodox conversions but required Orthodox supervision.

In a blow to the Reform/Progressive movements in Israel and to Jewish unity, in February 1998, the Orthodox establishment in Israel rejected outright the proposals developed by the Ne'eman Commission. The Chief Rabbinate denounced any discussion or cooperation with Reform and Conservative representatives, rendering the Commission's recommendations null and void.

In response to this attack by the Orthodox establishment, the Reform and Conservative movements in Israel re-initiated their court cases challenging the legitimacy of the Knesset to prevent non-Orthodox conversions. The Supreme Court ruled in 2002 that the Ministry of the Interior should register as Jews 24 people who converted to Judaism under the auspices of the Reform and the Conservative Movements, in Israel or abroad. The decision was accepted by a majority of 9 out of 11 judges. One judge rejected outright the recognition of non-Orthodox conversion, while another judge rejected it until there was further legislation on the matter. He joined the majority decision, however, due to the prolonged suffering of the appellants. The Supreme Court refrained from ruling on two other petitions regarding the recognition of Reform and Modern Orthodox converts for the purpose of the Law of Return. The Law of Return is considered a humanitarian policy, offering Jews from all over the world immediate Israeli citizenship.

In 2005, the Israeli Supreme Court ordered the government to recognize "leaping conversions", non-Orthodox conversions in which the study process was conducted in Israel but finalized overseas. Such individuals will now be considered Jews according to the Law of Return. The ruling was widely viewed as a major victory for Reform Jewish interests in Israel, as it removes one of the obstacles to recognition of all denominations in the eyes of the government. The Court declined to rule on a second part of the petition, which required non-Orthodox conversions finalized inside the country to be recognized as well. However, Supreme Court President Judge Aharon Barak opined in a non-binding part of his decision that there were, in fact, no legal grounds for the State to continue in their refusal to recognize non-Orthodox conversions performed entirely in Israel.

More recently, David Rotem, a Knesset member from the Yisrael Beyteinu party, has promoted legislation which would broaden the power of the Chief Rabbinate. Known as the "Rotem Bill", it would allow for Chief Rabbinate-appointed municipal Rabbis to carry out conversions. Members of the Reform, Conservative and Reconstructionist movements decried the bill, saying that putting more power in the Orthodox Chief Rabbinate's hands on this issue will allow for more discrimination against converts to other streams of Judaism.

Women of the Wall

Following the First International Jewish Feminist Conference in Jerusalem in December 1988, a group of women began gathering at the Kotel (Western Wall) to pray together on Rosh Hodesh. The ultra-Orthodox responded by physically and verbally attacking the women, forcing them to ask the courts for protection. Sixteen years later, Women of the Wall continues fighting for the right to pray with Torah and tallitot (prayer shawls), sing, and pray together at the Kotel.

In a landmark decision on May 22, 2002, the court ruled in Women of the Wall's favor, and women were granted the right to read Torah and wear ritual garb at the Wall. However, just four days latter, Shas submited several bills overriding the Supreme Court decision, including one that would make the actions of communal prayer by women punishable by a fine and up to seven years in prison. Though these bills did not pass, the ruling of the Supreme Court was subsequently suspended pending the outcome of the debates in the Knesset. For now, the law restricting the behavior of women at the Kotel stands.

In fact, Anat Hoffman, head of the Israel Religious Action Center (IRAC), the legal and public advocacy arm of the Israel Reform Movement, was arrested and harshly mistreated in October, 2012 for the "crime" of wearing a tallis and singing the Shema at the Western Wall. This type of discrimination against women by the Orthodox movement is not limited to the Wall however — it is seen on buses, in advertising campaigns, and more.

In January 2016, following four years of negotiations, the government came to a resolution whereby an egalitarian prayer section would be established on an equal platform and central entrance to the Western Wall Plaza. However, as of today, this resolution has yet to be implemented and Women of the Wall, together with the Reform and Conservative movements, continue struggling for its implementation.

Four thousand Orthodox Rabbis receive their wages from the state, while only sixteen non-Orthodox Rabbis are compensated for their service. The practice of allowing any non-Orthodox religious authority to receive wages from the state began in 2012, following a 2005 petition to the Supreme Court made by the Israel Movement for Reform and Progressive Judaism, in the name of Kehillat “Birkat Shalom”, the Reform congregation at Kibbutz Gezer and Rabbi Miri Gold. The petition demanded equal financing of non-Orthodox religious services to those of the Orthodox via the municipal authority.

Rabbi Miri Gold, who leads Congregation Birkat Shalom, has been a spiritual and religious leader to countless Jews in Israel who have been unrepresented under the current structure. With the support of Kibbutz Gezer and the Regional Council, her salary is now paid by the state - but only because she is classified as a member of a regional council or farming community. This big step was achieved thanks to an agreement worked out between a panel of Supreme Court justices and the Attorney General. The next step the Reform movement plans to take is to advocate to ensure that this practice is upheld in cities as well. Furthermore, this ruling doesn't even touch on issues related to Halacha or religious matters. The Rabbinate, still unwilling to share authority with all of the streams of Judaism, won't accept non-Orthodox rabbis within the framework of the Ministry of Religious Affairs. For now, the Reform rabbis Operate under the umbrella of the Ministry of Culture and Sports. Nevertheless, today, 10 regional Reform rabbis receive their salaries from the State.