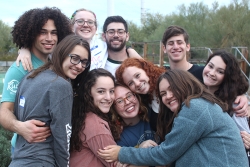 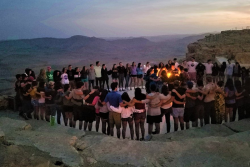 URJ Heller High is the Union for Reform Judaism's accredited semester-long program for Reform Jewish high school students in grades 10 to 12, offering an unparalleled opportunity to be immersed in the richness of the land, culture, people, and history of Israel, all while earning high school and college credit.
Visit Heller High
Image 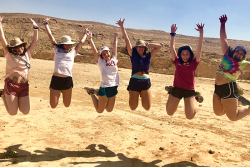 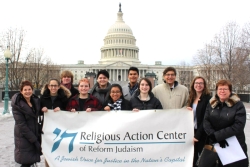 The RAC’s Social Justice Seminars give thousands of Jewish teens the opportunity to impact our political process by speaking with policy makers on Capitol Hill. These weekend-long seminars are designed to expose participants to a variety of public policy issues and to explore the Jewish values that inform the Reform Movement’s advocacy.
Learn more about L'Taken
Image 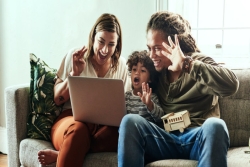 Sign up for RJ on the Go
Wholly Jewish
Judaism is in a constant state of reform, and our approach to LGBTQ+ inclusivity should be, too. Leonard Slutsky (he/him), a Union for Reform Judaism lay leader and college admissions counselor, shares his experiences as a gay cisgender Jewish man; how Reform Jewish spaces affirmed his gay identity; how Judaism inspires his work as a suicide hotline volunteer; and how our communities can better serve queer Jews of all backgrounds. “I feel that it’s my role as someone who has a great deal of privilege, especially within the queer community,” he says, “to use it and help support those who don’t have as much as a voice.”
Audio file
Wholly Jewish

Audio file
Stories We Tell
For three years, this podcast has brought you a new episode nearly every single week, adding up to more than 160 stories designed to bring a little bit of joy and wisdom into your lives. For now, we're taking a little break – but Rabbi Leora Kaye has one final story to share.
Audio file