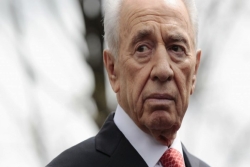 After the recent passing of Israeli President Shimon Peres, z"l, I'm remembering the time I sat down with him in a Manhattan midtown hotel in 1994 at the beginning of the Oslo process to discuss the peace process. 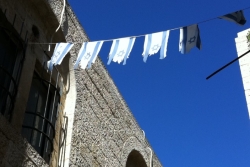 It was a straightforward question, spoken in a tone that was casual but knowing: “Did it change you?” he asked us. 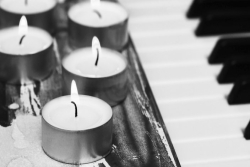 In North America, Holocaust remembrance services and programs often include special musical selections in memory of people lost during the war and in honor of those who fought against the Nazis. Such music is profound and varied, and often was used as a vehicle of resistance. For example, “Zogt Nit Keynmol” (“Never Say That You Have Reached the Final Road”) was written in April 1943 in reaction to news of the Warsaw Ghetto uprising. Composed in Vilna by underground fighter Hirsh Glick and set to a Soviet cinema tune by Dmitri and Daniel Pokrass, the song spread like wildfire throughout Eastern Europe, becoming the official hymn of the partisan brigades. 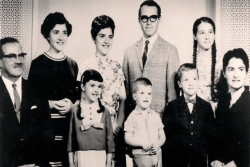 I was born in 1961, baptized, confirmed and given First Communion. But when I was 9, my father began telling me bedtime stories about his narrow escape from the Nazis in Vienna, his entire family murdered – how my maternal grandmother was assassinated in my mother’s childhood home in Bremen, Germany, on Kristallnacht and how, by a miracle, my mother survived. 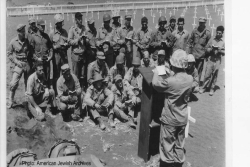 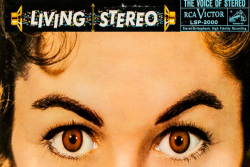 In 1956 when Elvis’ songs – “Don’t Be Cruel,” “I Want You, I Need You, I Love You,” and “Love Me Tender” – were hitting number one on Your Hit Parade, a Jewish girl from Philadelphia grabbed the top spot from the King. Myrtle Audrey Arinsberg – better known as Gogi Grant – the eldest of six children born to Russian-Jewish parents, reigned for five weeks at number one with “The Wayward Wind.” 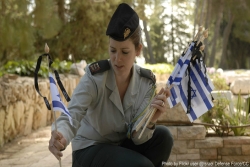 Growing up in Israel, I took part in my school’s Yom HaZikaron (Israeli Memorial Day) memorial ceremony every year, commemorating Israel’s fallen soldiers and terror victims. It was always sad and always painful, though I experienced it differently each time. 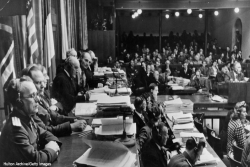 Yom Hashoah arrives this year on the eve of two historic anniversaries: the 80th anniversary of the coming into effect of the Nuremberg Race Laws, which served as prologue and precursor to the Holocaust, and the 70th anniversary of the Nuremberg Trials, which served as the foundation for the development of contemporary international human rights and humanitarian law. We must ask ourselves two questions: What have we learned? What must we do? 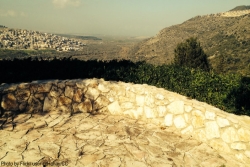 On a recent perfect early spring day (warm sun, cooling breeze, brilliant wild flowers) we took the children and grandchildren on a short hike to the mountainside adjacent to Shorashim, picnicking under an olive tree. On the way, we encountered toads, lizards, a scorpion, and caterpillars; our lunch was serenaded by the muezzin of the village of Shaab, with the backup chorus of the jackals that live in the open areas. 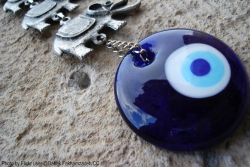 When my mother was born in the Polish town of Dabrowa Gornicza in 1921, her Hasidic parents sought their rebbe’s advice on how to protect their infant from the sword of malach-hamavet, the angel of death.

They had good reason to fear. They had lost a son and daughter in the scarlet fever epidemic of 1909, which was followed by the outbreak of World War I in 1914, and the worldwide influenza pandemic in 1918. The angel of death, it seemed, was insatiable.