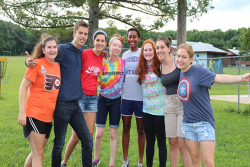 New research proves that across different types of experiences, the Reform Movement delivers youth programs that have long-lasting impact on participants’ Jewish identity. 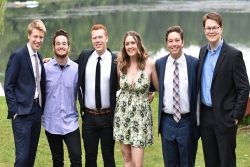 Six outstanding teen leaders have been elected to serve on the North American Board of NFTY, the Reform Jewish youth movement, for the 2017-2018 program year. Reform Judaism is the largest and most diverse movement in Jewish life, reaching nearly 900 congregations and more than 1.5 million people.

We have seen the recent reporting that the Israeli government will suspend its plan to move forward with an egalitarian, pluralistic prayer space at the Kotel. Those reports are deeply alarming, but, sadly, not surprising.

Rabbi Rick Jacobs: “We cannot go about our scheduled meetings as if nothing has happened. The annulment of the Kotel resolution and the passing of the conversion law have caused an acute crisis between the Israeli government and diaspora Jewry. After yesterday's shameful decisions, we feel that at this moment, after more than four years of negotiations, it is not clear that the current Israeli government honors its agreements."