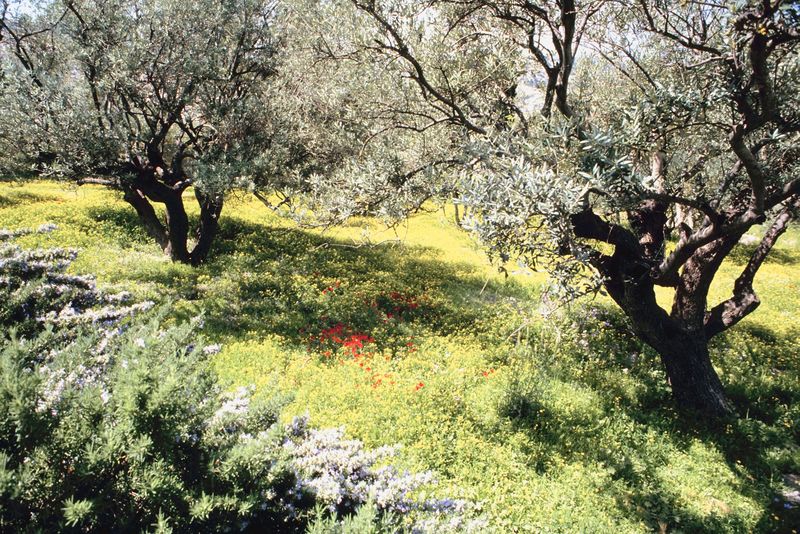 Although the celebration of Tu BiShvat has a long and varied history, the theme most commonly ascribed to the holiday today is the environment. It is considered a festival of nature, full of wonder, joy, and thankfulness for creation in anticipation of the renewal of the natural world. During this festival, Jews recall the sacred obligation to care for the world, and the responsibility to share the fruits of the earth with all.

Tu BiShvat falls at the beginning of spring in Israel, when the winter rains subside and the pink and white blossoms of the almond trees begin to bud. It is for this reason that almonds and other fruits and nuts native to the Land of Israel – barley, dates, figs, grapes, pomegranates, olives, and wheat – are commonly eaten during a Tu BiShvat seder (a special ritual meal for the holiday).

What Does "Tu" Mean?

Tu BiShvat is sometimes also called Chamishah-Asar BiShvat (the “15th of Sh’vat”), because the holiday is observed on the 15th day of the Hebrew month of Sh’vat, roughly corresponding to February in the secular calendar.

Every letter in Hebrew has a numerical equivalent. Thus, alef equals one, bet equals two, gimel equals three, and so on. The Hebrew letters tet (nine) and vav (six), used to make up the “Tu” in Tu BiShvat, have a combined numerical value of 15 (chamishah-asar in Hebrew). Tu BiShvat, then, is an abbreviated way of saying Chamishah-Asar BiShvat or “15th of Sh’vat.”

When Was Tu BiShvat Started?

Tu BiShvat is first mentioned in the MishnahMishnahמִשְׁנָהLiterally “repetition.” Mishnah is a Jewish legal code edited by Rabbi Judah HaNasi in Palestine in 220 C.E. It is the first Jewish legal literature after the codification of the Hebrew scriptures around 90 C.E. Also called “Torah Shebal Peh,” “Oral Torah” or “Oral Law.” . There, in Rosh HaShanah 1:1, the text speaks of four different new years, all of which are connected to an ancient cycle of tithes. Each year, the Israelites were expected to bring one-tenth (a “tithe”) of their fruits to the Temple in Jerusalem, where they were offered to God and also helped sustain the priestly class and the poor. Since fruit from one year could not be used to tithe for another, the Rabbis had to determine when a crop year would begin and end. They chose the month of Sh'vat as the cut-off date, for this is when, in Israel, the sap begins to run and the trees start to awaken from their winter slumber, before beginning to bear fruit.

Some scholars hold that this was also a day for planting trees, especially “marriage trees.” It was customary for parents who had been blessed with children during the preceding year to plant special seedlings on the 15th of Sh’vat. Cedars were planted for boys, cypress trees for girls. When the children grew up and married, the trees were cut down and used as part of the chuppahchuppahחֻפָּה"Canopy" under which a couple is married, often thought to represent their first home as a married couple. Typically the roof of the canopy is composed of cloth; a tallit is sometimes used for this purpose. "Chuppah" can also refer to the entire wedding ceremony. . Some Israelis continue this custom today.

Like Hanukkah, Tu BiShvat is a post-biblical festival, instituted by the Rabbis. However, the holiday has biblical roots. The tithing system upon which it is based dates back to the Torah and its deep concern with trees, harvests, and the natural world, all of which are at the heart of Tu BiShvat. Beginning with the Tree of Knowledge of Good and Evil in the Garden of Eden all the way through to Deuteronomy’s injunction against destroying fruit trees in times of war, our biblical text is replete with trees, both literal and metaphorical. Indeed, the Torah itself often is referred to as an Etz Chaim (Tree of Life), based on a passage in the Book of Proverbs.

Trees are part of the natural wonder of our world and have always been a special symbol for Jews. Trees were protected in times of war (Deuteronomy 20:19). A midrashic MidrashמִדְרָשׁRabbinic interpretation of a passage from the Bible. Midrash falls into two categories: midrash halachah is concerned with religious practice and law, and midrash aggadah is concerned with interpreting biblical narratives and stories, Sage said: “Trees were created for man’s companionship.” And Rabbi Nachman of Bratzlav proclaimed, “If a man kills a tree before its time, it is as though he had murdered a soul.”

In modern times, Tu Bishvat was nourished by the rise of the Zionist movement in the late 19th and early 20th centuries, which re-emphasized the Jewish people’s connections to the land and the natural world. It was the Zionist pioneers who – with strong financial support from Jews throughout the world who donated trees to mark smachot (special occasions) – re-forested the land of Israel, largely under the auspices of the Jewish National Fund (Keren Kayemet l’Yisrael). As a result of this emphasis on tree-planting – on Tu BiShvat and all year long – Israel stands as the only country in the world with an almost constant net growth of trees.

Above all, the Torah itself is seen as a “Tree of Life,” a growing and abundant source of spiritual sustenance to a great people. Perhaps this is the best indication of the reverence and respect that Judaism holds for God’s world. The tree has been a symbol of life and continues to be a source of life for Israel today. On Tu BiShvat, we celebrate that life in joy and gladness.