Stories We Tell: How We Are Better

For three years, this podcast has brought you a new episode nearly every single week, adding up to more than 160 stories designed to bring a little bit of joy and wisdom into your lives. For now, we're taking a little break – but Rabbi Leora Kaye has one final story to share.

[Rabbi Leora Kaye] Judaism has a deep and rich tradition of storytelling, passing our stories down from one generation to the next. And to carry on that tradition, Stories We Tell from ReformJudaism.org has shared stories with you every Thursday since 2017. For three years, we've brought you a new episode nearly every single week, adding up to more than 160 stories designed to bring a little bit of joy and wisdom into your lives.

But for now, we're going to take a little bit of a break from this podcast. We do hope you'll go back and listen to some of your favorite stories and maybe even find ones you hadn't listened to yet. And if you're looking for more Jewish content, which we hope you are, we invite you to visit ReformJudaism.org, where you can always find Torah commentaries, Jewish parenting resources, at home Jewish activities for families, some of our favorite recipes, and so much more. We also invite you to follow us on social media. Our handle is @ReformJudaism on Facebook, Twitter, and Instagram.

This isn't goodbye. It's just [HEBREW], goodbye for now. And until next time, we did want to leave you with one last story. This is a story I'm going to tell. My name is Rabbi Leora Kaye. I'm the director of programs at the Union for Reform Judaism. And this story is called "How Are We Better?"

Well, they couldn't figure out an answer to the question. And they just started bickering and bickering more and more and more until they decided to go to the wise, wise owl. The owl, of course, is always the wisest. And so when they went to her, they said to her, we just cannot figure out the answer to this question. We want you to tell us which one of us is better.

Now, that wise old owl looked at them both and said, well, I'll give you the answer. But only if you both agree to accept a challenge. They decided that they would because they really wanted the answer. And the wise old owl said to them, here's what I need you to do. Just across the river, just right there, you can both see that big huge tree. And on that big huge tree, there is a golden fruit.

And so they both agreed that they would take on this challenge. They set off together, walking at just about the same pace. But the elephant walked a little bit faster and took bigger strides than the monkey. He got to the river first. He started wading across the river when he turned around to see how his friend the monkey was doing. And he saw that the monkey wasn't doing so well at all. The current was too hard. The river was rushing too fast. And the monkey was having such a hard time getting across the river, the elephant wasn't even sure he'd be able to do it at all safely.

So the elephant went back, took the monkey on his back, and said, let me help you across. The monkey said, thanks. In fact, they even laughed a little as they got across the river.

But once they got across the river, the monkey got down. And they both walked over to where that big, huge tree was, at which point the elephant decided that he was going to get that fruit by knocking the tree over. He bashed into the tree two, three, four times. But the tree wouldn't budge. The tree didn't move at all. And at that point, the elephant wasn't sure at all how he was going to get to the fruit.

But the monkey realized he could scamper up that tree pretty quickly. And he did just that. He scampered up the tree. He got the fruit. He came back down. And then they looked at each other. And the monkey hopped right back onto the elephant's back.

They went back across the river. They went to the wise Old Owl. The wise Old Owl looked at both of them as the monkey was holding the fruit in his hand and said to them, well, which one of you got this fruit for me? They both paused. They both looked at each other. And they both said, we both did.

The monkey said, there's no way I would have gotten across the river without the elephant. And the elephant said, there's no way I could have ever gotten to the fruit without the monkey. And so the wise owl looked at them both and said, so I think you know the answer to your question. Who is it that's most important? Who is it that's better than the other? Neither. We are all better when we do things together.

After hearing this story "How Are We Better," I guess for now, for the last time, I'm wondering when there was a time, maybe even recently that you felt you might be the most useful, but then you found out that working together with someone else was actually the best thing of all. Feel free to share that with us on social media.

And thanks for listening to Stories We Tell for these last few years. If you enjoyed this week's story, you can still subscribe and rate and review on Apple Podcasts or Google Play or Stitcher or wherever you get your podcasts. We'll be leaving our past stories up so you can always still find a great story for just the right occasion or if you just need a good story to listen to one evening.

You can always find them at ReformJudaism.org. And don't forget to visit ReformJudaism.org to learn a little bit more about Jewish rituals or culture or holidays and more. Stories We Tell is a project of the Union for Reform Judaism, a leading voice in the discussion of modern Jewish life. And until the next time, l'hitroat! 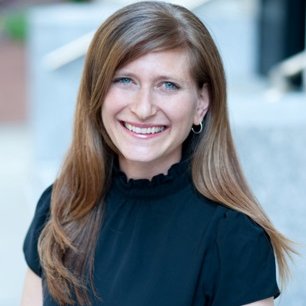 Rabbi Leora Kaye (she/her) is the director of career services for the Central Conference of American Rabbis, and former director of program for the Union for Reform Judaism.